About 10 years ago we were on holiday and drove to Southwold.
I was wearing a dress, sunhat and sunglasses so not much of my face was visible.We parked in a street near the sea front.When I got out of the car, three men who were painting a house began to sing  very loudly some opera.It may have been,O sole mio.
Now, should I report this to  the police? I fear they won’t believe me  and my husband  didn’t do anything to protect me  like suggesting I wear a Niqab [Is that right?]
I doubt if it happens nowadays anyway!

“In 1779, Blake began his formal art education at the Royal Academy of Art’s Schools of Design, where he was encouraged to study painters such as Rubens instead of the Renaissance works that his teacher called “stiff and unfinished.” Blake pursued his own artistic goals, and a short time afterward published his first book of poems, Poetical Sketches.

In later works, including Songs of Innocence and Songs of Experience, the engravings and verses are inextricably intertwined, part of a singular vision where neither word nor image is privileged over the other. He produced them with the help of his wife, using a method called relief engraving (which he is credited for inventing) and hand-coloring each plate. His poetic and artistic work is characterized by a unique commitment to imagination as opposed to reason, and the visionary, almost terrifying, and sometimes grotesque nature of his subject matter.

Drawing on religious themes, and preferring a loose, expressive style, his book Songs of Innocence has the quality of a children’s book, with darker, adult political themes just beneath the surface. Angels are depicted alongside men, women, and children, and in the poem “London” he imagines the city as a dark, unreal realm, illustrated with an old man bent toward a child in a shadowy doorframe. The poem begins:

I wander thro’ each charter’d street,
Near where the charter’d Thames does flow,
And mark in every face I meet
Marks of weakness, marks of woe.”

By Katherine using Artweaver on a photograph she took Copyright

The outstretched open hand shows you my heart
And those  of people  near and far apart
The vulnerable, the needy, the war torn
Let’s contemplate   what we can do for these forlorn

Naked we are born and yet are here
Trust in the Unkown and all that’s dear.

The human trauma is our love and hate
Inevitable in long infancy and need
They interact with fortune,luck and fate

We try to hide our knowing till too late
Then we see our enemy can bleed
The curse of fortune,luck and  dreaded fate

The blocked out feelings come to dominate
Through unknowing, we do evil deeds
The human trauma is our love and hate

The more  we block ,the more we speculate
What  others’ wicked hearts have now achieved
Who curses   our own  fortune, brings down fate

Denied but living  like those monstrous weeds
Whose flowers  create  so many corrupt seeds
The human trauma is our love and hate
They interact with fortune,luck and fate.

A mood of stillness like a nesting dove
A lack of wind, vast silence gives repose
Symbolises blessings from above.

In such moods, there’s space to think, compose.
To learn the ways of energy and love
Symbolised by blessings from above.

In the crowded Mall, the shoppers shove
The special mood of peace  I fear eludes
We lose the sense of silence and the dove

In public life, we quarrel and oppose
We lose the way to  our loved treasure trove
We lose the symbols and the deep repose.

Give me your hand without its heavy glove
As we caress,   we  value human love.
A mood so stilled, oh, fluttering of the dove
No wind to destroy peace nor rain to flood

The universe is volatile and free
Nature was not made for humankind
As wild as eagles, stripe backed buzzing bee

See the storm demolish favoured trees
See the wrecks and breakage left behind
The universe is volatile ,are we?

We hear ourselves compose our  misery
The sun  is shrouded,rain darts through the wind
The eagles strong  hide in the mountain’s lea.

When we look out,our wish is what we see
But we are minute specks which  much may learn.
From eagles, cats and striped soft buzzing bees

With shutters on the  eye , we’re sad and blind
And knocked by savage grief , undignified
The universe is  merry,cruel and free
As wild as rage,  as kind as a calm sea.

I have seen many storms in my life. Most storms have caught me by surprise, so I had to learn very quickly to look further and understand that I am not capable of controlling the weather, to exercise the art of patience and to respect the fury of nature.

Romanyshyn references the psychologist/researcher frequently in his book, The Wounded Researcher (link is external)as being “the failed poet” suggesting he or she stands at the gap between the conscious and unconscious, and bears the tension between knowing and not knowing. Romanyshyn also admits that the psychologist who keeps the soul in mind is closer in sensibility to the poet, even if he or she is not a poet. Essentially, he’s acknowledging that poetry is an art of the soul, something which has been tangentially addressed over the years. Interestingly, he also references a number of poets in his book, such as Homer, Keats, and Rilke, while identifying some of the common threads between psychologists and poets, the important one being that they tend to be individuals who are able to identify the truths of any given moment. Needless to say, they both play an invaluable societal role and without tooting my own horn, if both exist in one person, well, that’s even better.

As a transpersonal psychologist and poet, each day I see more clearly the power and influence these two professionals have on one another. Every morning I read poetry, oscillating between Rumi and more contemporary poets like Pablo Neruda, Mary Oliver, Sharon Olds, 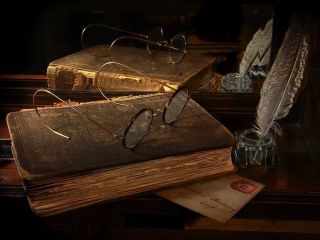 The weather’s gone bipolar, so have we
Uncertainty has made us  feel  enraged
We thought we  could hand Europe back its key

Long negotiations mixed  up  do not free
We want the process finished,disengaged
The weather’s gone bipolar, so have we

Narcissistic, we think me,me ,me
Where have gone the wise ones and the sage?
The weather’s gone bipolar, so have we

Watch the nations as their weapons  lie
Save the world for peace and bang,goodbye
The weather’s gone bipolar, so have we
We think we  hear the nuclear elegy

After my husband died I knew I would be paying less Council Tax.When the bank statement came I saw  it was the same as before.When I phoned the Council about a month after my husband had died, the man said,For all we know you have got another man now.I wonder  that they  could speak to me like that.
E-on want to read my metre so I sent them a note did they mean meter.No reply
I am reading the 6 Lives of Henry the Eighth.So far  there’s only been one.Will he rise fron the dead and stop Brexit? That would be fun
I can’t understand a war about roses.I thought gardening was good for us,Will we have a war of the tomatoes?
Richard 3rd is still famous  long after he died.What do I have to do?
I see we accepted the Normans because they were fierce conquerers. So should refugees start a war?
The war against benefits  has been going on and on.Why don’t they just shoot  us all?
It’s too late for breakfast and too late for lunch.I’ll go back to bed and try again tomorrow.If you start on the wrong foot it’s difficult to get it right,or  left