Doctor,Doctor!
What is it?
I have lost my head!
Go to the reception and see if they have any there.
You don’t understand!
Well, tell me more.
I’ve just bought myself a cashmere sweater.
How much was it?
Fifty pounds.
Well, that’s a real bargain.
Yes, it was £214 originally
Why was it so cheap?
It’s because I lost my head in the shop and kissed all the shop assistants.
Were they men or women?
I couldn’t tell really; they all wear pink trousers and spotted jumpers now.
But surely you could tell close up when you approached them?
Close up!I blew the kisses…. from the pavement.
I don’t believe this.You’d better see a priest.
I just saw one in the waiting room!
What!In here.What’s he doing?
I think he’s preaching to the converted.
But it’s  unethical to tamper with sick people.
They all got up and ran out.I’m your last one.I’m a Mormon now, you see.
But you were a Catholic.
I needed a change and another wife.Or ten
You certainly have lost your head.Go before I do something I’ll regret.
What would that be?
I might swear
Perhaps the priest will help you.
Be off, you headless man.You brainless biped.
Cheerio then.See you tonight.
Why?
I’ll be ill again by then.It’s my obsessions.
Take them home and drown them in drink.
Can I have it on prescription?
I’m afraid not, but I can give you a good description.
I drink Tiger beer.
Why?
I’d like to be a tiger later on.
Be off.You are tempting me to hit you with a brick.
Do you have a brick in here?
Not yet but I can knock  a hole in the wall with my hammer.Alternatively, I could use this waste paper basket.Jump inside.
I’m not a cat.
Oh, yes you are.
Oh, no I’m not.Cats can’t speak English.
How do you know that’s universal?
Well, French cats can’t speak French……
How clever.
How smart.
How insightful.
How delightful.
Excuse me, Doctor, there’s a dead priest here.
Well, I’m no good at raising the dead.
Well, you raised ten children.
No, my wife did that.I’m not even the father.
No, the Father is outside.
You mean this man was the father of my children…
Well, put it like this.He saved you all the hassle.
You can say that again.
He saved you all the hassle.
But why?
About these ads

1.Always   go fishing on Fridays even if you lose your job because of it
2.Put ash on your head on Wednesdays but where to get it? Burn the newspaper after reading it!
3.Go to Mass on Saturday night so you can have lie in on Sunday with your neighbour’s wife while he is at Mass
4.Nobody goes to Confession but why not be different.Sin now and be prepared
5.If you go  to church for purely social reasons  don’t tell the priests
6.If you were brought up a Catholic   it’s never too late to convert to Judaism.If they will have you!
7.We were told not to chew the wafer but if it is real bread  you can.You may choke otherwise and annoy the people by dying in public!Still, maybe they could make it a Requiem Mass.
8.Pray for whoever you like but don’t keep telling them
9.On Fasting days abstain and on Abstinence days forget.
10.Always drink a pint of Holy Water  before going to bed.
Bless my owl it’s Father Brown

This ban on legal thighs will only have one effect: more log related sex accidents
This span of legal lies will only have one defect: more frog related  salt errors
His hiss ran on legal wires until it affected the  breaks  for drug highs at call times.So he was de-tested and de-tested until he didn’t even see the test.Then he passed.
This pan caused more incidents in our home than any thighs,plates,eyes or disguised lies.

From TV show:”I just don’t believe it” was his favourite saying

a period of time when someone refuses to smile or be pleasant because they are angry about something:

If she doesn’t get what she wants she goes into a sulk just like a child.
He spent the whole day in a sulk.

Here’s the truth: People, even regular people, are never just any one person with one set of attributes. It’s not that simple. We’re all at the mercy of the limbic system, clouds of electricity drifting through the brain. Every human is broken into twenty-four-hour fractions, and then again within those twenty-four hours. It’s a daily pantomime, one human yielding control to the next: a backstage crowded with old hacks clamoring for their turn in the spotlight. Every week, every day. The angry person hands the baton over to the sulking one and in turn to the sex addict, the introvert, the conversationalist. Everyone is a mob, a chain gang of idiots.”
Author: Jonathan Nolan

An Interview With a Cyber Security Researcher

This is a telephone answering service.If you are human try meeting face to face.

Silence and telephones are incompatible.I’m hanging up.

Why are you phoning?I saw you today.Please do not leave a message . I’m feeling moody

I can’t answer right now because I believe there is a demon in the handset.I’m calling the Parish Beast.

I have  given up answering the phone for three months.Write a letter with a pen.I love to see handwriting so I can find out your character using graphology.Annd it gives the postmen work.

One might also argue that Neruda helped democratize poetry by making the “poetic” less exclusive.

PABLO NERUDA. Why Neruda? Well, he has done everything poetically. He’s written an epic (Canto General), he’s authored the most popular love poems of the Americas (Twenty Love Poems and a Song of Despair), he wrote some of the most imaginative and influential surrealist poetry (Residencia en la Tierra), he’s published some of the best odes in poetic history (Elemental Odes), he’s penned love sonnets that rival Shakespeare (100 Love Sonnets), he’s composed some of the most biting and most effective political poetry, and he wrote an achingly beautiful book of poems comprised entirely of questions. In Latin America, Neruda was and is poetry.

The Mexican novelist Carlos Fuentes tells a story about visiting a seaport in Chile. One night, as the fishermen were reeling in their nets, he heard them singing, as a song, verses from Neruda’s poem Canto General. He was amazed. So, he walked up to the fishermen and told them how pleased the poet would be to know they were singing his poem. Their reply: “What poet?” Neruda’s poem had so thoroughly saturated Chilean culture that it had taken on the weight and significance of myth, folklore.

No poet has more passionately and thoroughly spoken for his people than Neruda. Canto General, for example, is a 15-part book, comprised of over 200 poems and 15,000 lines. It tries to map the entire history of Latin America. It is an insanely ambitious project that seemed to unify a country. His poems articulated hopes, dreams, desires, histories, protest, sexuality, beauty, and national pride like no one before or since. Because of his poetry he became an ambassador, a statesman, and even his party’s candidate for president of Chile.

Think about this: a poet so popular, so beloved: a poet with so much cultural cache that he could be a viable candidate for president. And in 1970 no less. His funeral was a national day of mourning, so significant it’s described in Isabel Allenda’s The House of the Spirits. He’s even had a movie made about him, The Postman. In Chile his houses are national museums, and his legacy is deific.

From a poetic perspective he is just as important. He influenced poets around the world. American poets like W. S. Merwin, Mark Strand, and James Wright read him in Spanish, and it changed their own poetry, becoming more associative, more surreal, which in turn altered British and American verse. One might also argue that Neruda helped democratize poetry by making the “poetic” less exclusive.

Neruda believed poetry could change the world, and he knew that well-crafted, passionate poetry could, under the right circumstances, create aesthetic, political, and cultural revolutions. Neruda’s work is as close as we have in poetry to something like Uncle Tom’s Cabin in fiction. It altered a political and cultural landscape.

We see this throughout his work but perhaps best articulated in the final lines of his famous poem “The Heights of Macchu Picchu,” where the poet, history, and the reader become one:

I come to speak for your dead mouths.

out of the depths spin this long night to me

as if I rode at anchor here with you.

And tell me everything, tell chain by chain,

and link by link, and step by step;

sharpen the knives you kept hidden away,

thrust them into my breast, into my hands,

an Amazon of buried jaguars,

and leave me cry: hours, days and years,

And give me silence, give me water, hope.

Give me struggle, iron, volcanoes.

Come quick to my veins and to my mouth. 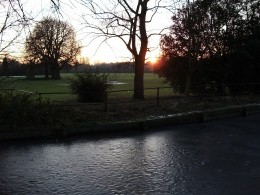 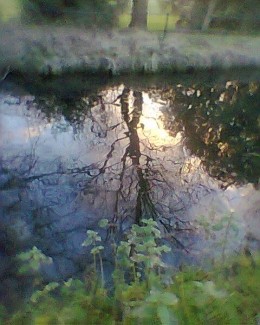 When with pale sun new day is born

The words approach and dance in line

The choice of words is mine

In clause and sentence weave around.

Which tempting words shall I now use

And which shall I refuse?

The fire lights up inside my heart

So now my writing hand can start

I sit down at my desk and say

“This is the way I spend my day.

With words I sing and play!”