I gave my heart away to a false love
By his strange stories ,I had been beguiled.
He whispered such sweet music like a  dove.
He charmed me with his words and with his smiles.

I was a fool and so I paid the price
For I was hoping for real love  to come.
But now I know desire made me unwise
He needed power, his love was but a  sham.

We must beware when for such love we seek
We must see clearly or we’ll love a ghost.
We must not assent when we’re feeling weak.
For then mirages manifest the most.

Remember, too ,that love is called a game.
And do not answer when  they call your name

My mother then got a grey cat
As she wept, it  would sit on her lap.
She asked the new curate
If he would baptise it
But he said :No, for   the cat is   too fat.

I studied the Old and the New
The Bible had nothing on view
Does God love  the thin more?
Are the fat such an eyesore?
I bit off the end of a pew.

Wood is quite hard to digest
And causes internal unrest.
But I had to express
My  fatal duress
Later,no doubt,I’d confess.

Like Loading...
Stan was recovering slowly from his  surgery though his legs were still weak.He sat in the window with Emile on his lap looking at the darkening autumnal sky .
I’ll be glad when I get those new micro fibre cloths,he whispered to the kindly,handsome black cat.The windows are very dirty.I have slipped up in my duties
Well,don’t worry,miaowed Emile,I can see out which is the main thing.We can always ring 999 and get Dave to close the curtains or you must pull them at 7 pm.It’s getting dark earlier now.Emile is a real dictator .
Mary was upstairs unblocking the toilet,doing the finances and changing the sheets and various other chores she wished to finish off.
I’ll be glad when my operation is over,she thought .Stan will not relax till that is done,nor shall I either.I wonder how I will look with my nose carved up,she murmured.Will I have a big scar?Maybe I should take a few selfies to remember me as I am…On the other hand,maybe not a good idea.
Annie came in via the back door.. which was always unlocked in that ancient  British manner.
Anyone here? she shouted merrily.
No,shouted Stan. humorously
Two of us are here.
Don’t show off,Stan,she said,I know you are a clever man.I’ve come to see if you need any help over the weekend.,getting meals or killing mice and so on
I think we are more or less ready,he informed her quite petulantly.How about making us a nice hot cup of tea?
Alright,baby she murmured.I’ll do whatever you want…I mean it.Anything,
Stan said nothing but he wondered how far she would go to show her love for him…would she share a hot bath,for example.His thoughts ran on until he fell into a soft slumber on his leather recliner chair with matching footstool and head rest contrasting benignly with the white wool carpet

Anne crept in and put a cup of tea by his side.She looked down affectionately at his noble nose and wondered if he had any Jewish blood…. she was not the first to wonder by a long stalk…maybe the York community of mediaeval Jews had contributed to his Norse genetic pool before they were exterminated in Clifford’s Tower so evilly
.That would be good if their genes had been passed on into Staan’s Richmond family.Stan was certainly brilliant and astute though not very practical.
Mary came down and opened her wi hi Pad…she saw a long email from her brother.
Hi Mary,Jane is very upset indeed that you did not  “Like ” her new avatar on CaseBook…everybody in the world will know now that you preferred her with her glasses on…I don’t know how she will ever get over it…She was crying all day and cursing all night,
Mary was very fond of her niece Jane but was unsure why not “liking” a photo was such a calamity..as the young folk are often out of their heads when they snap each other in nightclubs or other intriguingly dangerous places where Mary had not yet been
Her brother asked her not to let Jane know what he had told her..
That’s a pity,thought Mary.I could have said to delete my comment or to upload a new photograph.As Mary was very tired she could hardly think even elliptically.

I need to act now, she said to herself, because after the op I might not be able to wear my glasses so I shan’t be able to read.Suddenly Mary got a strange paralysing pain in her neck and jaw running down to her chest or bosom
She sat down and sucked a GNT tablet…….
Well,this is no good,she decided….I am going to have a heart attack with all the cleaning and sheets and towels to wash.
After a while, she and Annie discussed it in the kitchen.
You know ,Mary,you should really have called an ambulance.Are you ok now?
Yes,said Mary,I think I did too much upstairs.Alas it was not the sort of thing she and Stan had done 30 years ago,
I wonder why your brother told you right now about Casebook.Has he no judgment or feelings?
It seems not, said Mary ruefully.I had no idea it was so evil to dislike a photograph..now Annie,my password is
ZebrasR567&$0477Ggpdd84666££££lionsteatime459.
My God ,said Annie.How do you remember it?
That’s what I wonder too,Mary responded warmly.
Delete my account at that website.I don’t want to find I have caused a narcissistic wound to any other young family members.One is too much.
But,don’t they see that “Like” means nothing unless one can also “Dislike”………
They don’t think,called Stan…I want you to have a rest Mary.. you need as much as you can get.. put the “holiday response” on the computer and come and sit by the fire with me.
Emile was writing notes of the conversation but could make neither head nor tail of it.
Were Stan and Mary who both were undergoing painful treatment and surgery so unimportant to these relatives?
They have no skills in evaluating events and their importance, he thought.If only Iris Murdoch were here instead of Dave our transsexual and amiable paramedic then we might have a philosophical discussion about feelings and values.Then again we could. have a nap instead,he told himself sharply.Resting is a very spiritual  activity.
He was mulling over some Jungian ideas about character types and lack of Feeling until he saw some pigeons outside and began to feel rather hungry…so he dropped his pen and ran out of the back door not remembering to shut it behind him,of course 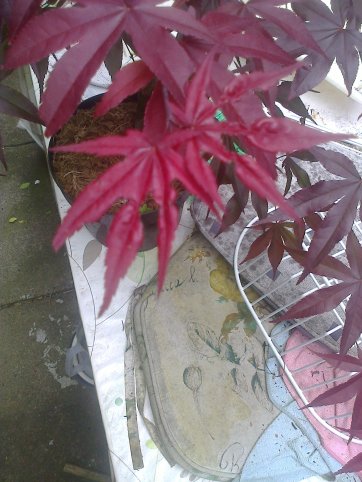 Most of us know quite a lot about using the Web.This article has some interesting links at the end.

The white geranium was a birthday gift
It flowered profusely all  last summer long
When winter came, I hid it in  the  hedge
To protect it and its loved life prolong

In spring I took it out to give it light.
Already flowers were visible and large
And so it lived  upon my  patio steps
I hoped that many buds would soon emerge

My eyes were set upon  some other world
I did not look at it for  seven weeks
The same large flowers were there yet looking grey
At last ,I realised  my mind  had been asleep

I picked it up to pull it from the pot
It broke in half ; it was   man  made,oh fool!
Yet for an entire year, it had me tricked;
As if I mistook tin for precious jewels.