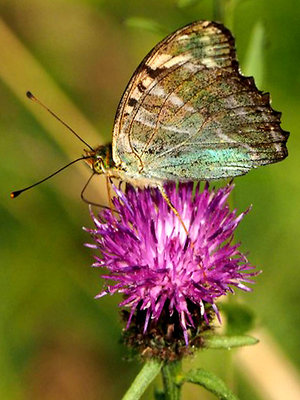 “In “Nick and the Candlestick,” a woman walks through a dark house toward her sleeping infant, and this ordinary action becomes fused with a metaphoric descent into a ghostly otherworld. Addressed to Plath’s son, Nicholas, the poem belongs to the tradition of poems such as Coleridge’s “Frost at Midnight” and Yeats’s “A Prayer for my Daughter” that directly address a poet’s sleeping infant. “Nick and the Candlestick,” however, teems with evocations of the speaker’s pregnancy and continually merges these images with descriptions of the baby himself. Like the poem’s opening fusion of metaphor and reality, this conflation collapses the boundaries between two things: past and present, memory and experience. In the poem, pregnancy is, itself, a time when two individuals are contained in one strangely altered body. As such, pregnancy, like metaphor itself, becomes emblematic of both the tenuousness of distinctions and of the inevitability of transformation.

As in many her poems, Plath borrows language and imagery from nursery rhymes, harnessing their peculiar mixture of menace and cheerful, linguistic playfulness—a juxtaposition that mirrors the poem’s insistence that seemingly disparate emotions or states of being are often closely entwined. This poem’s title recalls an old rhyme:

Jack be nimble,
Jack be quick,
Jack jump over
The candlestick.

If Jack is not nimble, after all, he risks setting himself on fire