“Ad hominem” is Latin.To be brief it means instead of discussing or debating what the other person is saying, you insult them and try to wound them to make them look stupid

It is not a logical or scientific tool.It is a fool’s tool when they can’t think of a good response and it leads to trouble.

Does she need to be shackled hands and feet in an Israeli Court? Might she slap a man? 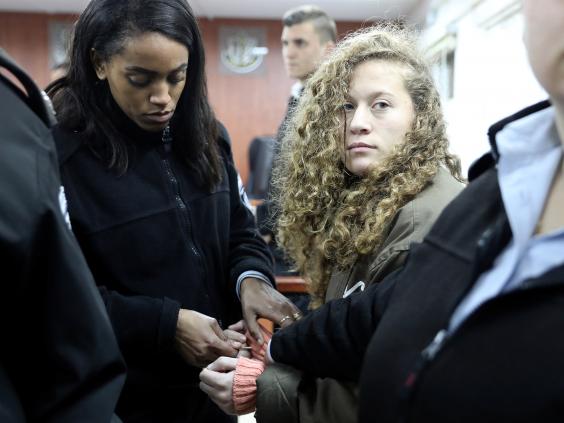 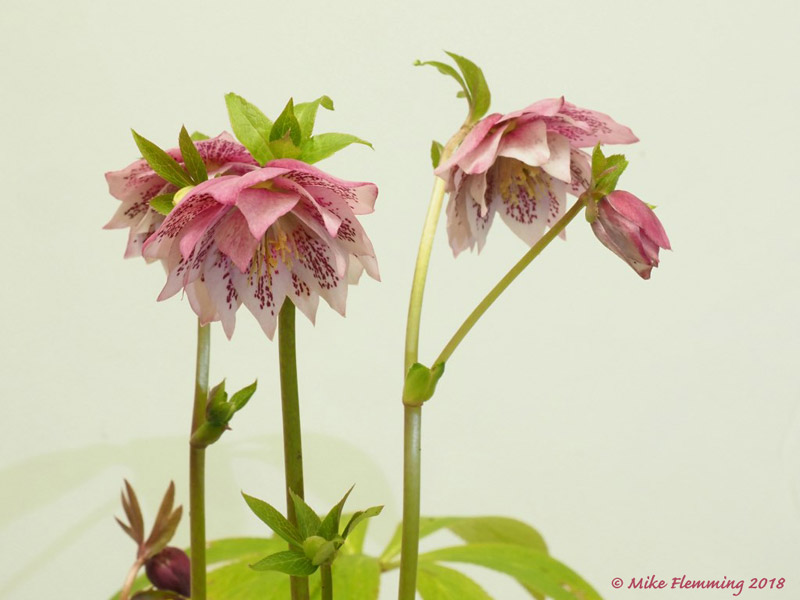 William James, writing in The Principles of Psychology in 1890, sums it up perhaps best of all:

A man has as many social selves as there are individuals who recognize him.

By man he means human

Almost dark,no birdsong, absent sun
With pink and mauve and grey the sky endears.
As if by grace , the light has been and gone.

Like an automaton.  I live on.
Full of tight emotion, my life runs
Almost dark,no birdsong,no bright sun

My three cats have vanished,every one
Their company, erratic, creates fun
As if by grace, they eat  and then are gone

By thoughts of endless night I’m overcome
My heart has perished,come oh cherubim
Struck by demons light has been and gone

See me youthful with my long,longs limbs
See me old  weighed down by loss and sin
Almost dark,no birdsong, absent sun
Suddenly my life  has been and gone.

“In most pre-modern cultures, there were two recognised ways of attaining truth. The Greeks called them mythos and logos. Both were crucial and each had its particular sphere of competence. Logos (“reason; science”) was the pragmatic mode of thought that enabled us to control our environment and function in the world. It had, therefore, to correspond accurately to external realities. But logos could not assuage human grief or give people intimations that their lives had meaning. For that they turned to mythos, an early form of psychology, which dealt with the more elusive aspects of human experience.

Stories of heroes descending to the underworld were not regarded as primarily factual but taught people how to negotiate the obscure regions of the psyche. In the same way, the purpose of a creation myth was therapeutic; before the modern period no sensible person ever thought it gave an accurate account of the origins of life. A cosmology was recited at times of crisis or sickness, when people needed a symbolic influx of the creative energy that had brought something out of nothing. Thus the Genesis myth, a gentle polemic against Babylonian religion, was balm to the bruised spirits of the Israelites who had been defeated and deported by the armies of Nebuchadnezzar during the sixth century BCE. Nobody was required to “believe” it; like most peoples, the Israelites had a number of other mutually-exclusive creation stories and as late as the 16th century, Jews thought nothing of making up a new creation myth that bore no relation to Genesis but spoke more directly to their tragic circumstances at that time.

Above all, myth was a programme of action. When a mythical narrative was symbolically re-enacted, it brought to light within the practitioner something “true” about human life and the way our humanity worked, even if its insights, like those of art, could not be proven rationally. If you did not act upon it, it would remain as incomprehensible and abstract – like the rules of a board game, which seem impossibly convoluted, dull and meaningless until you start to play.

Religious truth is, therefore, a species of practical knowledge. Like swimming, we cannot learn it in the abstract; we have to plunge into the pool and acquire the knack by dedicated practice. Religious doctrines are a product of ritual and ethical observance, and make no sense unless they are accompanied by such spiritual exercises as yoga, prayer, liturgy and a consistently compassionate lifestyle. Skilled practice in these disciplines can lead to intimations of the transcendence we call God, Nirvana, Brahman or Dao. Without such dedicated practice, these concepts remain incoherent, incredible and even absurd.

But during the modern period, scientific logos became so successful that myth was discredited, the logos of scientific rationalism became the only valid path to truth, and Newton and Descartes claimed it was possible to prove God’s existence, something earlier Jewish, Christian and Muslim theologians had vigorously denied. Christians bought into the scientific theology, and some embarked on the doomed venture of turning their faith’s mythos into logos.

It was during the late 17th century, as the western conception of truth became more notional, that the word “belief” changed its meaning. Previously, bilevemeant “love, loyalty, commitment”. It was related to the Latin libido and used in the King James Bible to translate the Greek pistis (“trust; faithfulness; involvement”). In demanding pistis, therefore, Jesus was asking for commitment not credulity: people must give everything to the poor, follow him to the end, and commit totally to the coming Kingdom.

By the late 17th century, however, philosophers and scientists had started to use “belief” to mean an intellectual assent to a somewhat dubious proposition. We often assume “modern” means “superior”, and while this is true of science and technology, our religious thinking is often undeveloped. In the past, people understood it was unwise to confuse mythos with logos, but today we read the mythoi of scripture with an unparalleled literalism, and in “creation science” we have bad science and inept religion. The question is: how can we extricate ourselves from the religious cul-de-sac we entered about 300 years ago?”

By corruption, many  true facts are  concealed
The ” good”  do evil as the snake uncurls
Expectations blind us to the real

Obvious ,since cunning is their deal
The Charities  kept guard on what they heard
Expectations blind us to the real

Now we swim in   shallow,filthy seas
Can we find a way to live well and that’s shared?
Notice what is here and how we  feel

{Argute means shrewd. I have never heard this being used]

Argute is a new word to me

The meaning’s as clear as can be.

That’s what I thought

But I forget my brain’s caught

It looks similar to argue, to me.

It just has that one extra t.

Words are a jumble,

And my mind is humbled.

Argute is as clear as the sea.

Our language is not quite pellucid.

But it has its own richness,

And is useful to witches

Who speech is, of need, convoluted.

Oh what joy I find playing with words;

Or writing my poems absurd.

It is free to us all

To gambol and call.

Stan was wearing his best suit topped by a denim apron polishing the big windows with a microfibre cloth as he waited breathlessly for his stunning wife.
Mary entered the room wearing a long purple and mauve dress which clung somewhat tightly to the curvaceous contours of her beautifully rounded body.On her feet she had some smart pewter ballet slippers and in her elegant hand she carried a huge pewter clutch bag which contained some of her many medications.She addressed Stan,
”I think I can leave my handbag behind if I put my mouth spray into my bra.”
“That somehow detracts from the romance of the evening.” Stan pronounced openly.

“Well,you know,I never had a cleavage until lately and I fell I ought to make the most of it.”

“Surely I should be the one make the most of it,” he riposted jocosely.
“Of course you may.my angel,but not in the restaurant,”she answered back sweetly
“I’ll put your spray in my pocket then,shall I?”
Suddenly the doorbell rang.
”Who’s this?”It was Annie,their next door neighbour. She was wearing a coral velvet track suit with matching Reeboks and sun hat .
”Hi,I just came in with a little prezzie,”She declaimed.In her hand was a huge box of chocolates..
”Gosh,Mary you look lovely in that beautiful long dress but you’re not going on your bike,are you?”
“No,we are having a cab,but it’s not come as yet.”
“Well,never mind.I’ll ring 999 and get them to send an emergency ambulance for you!”
Fortunately,as luck would have it the minicab appeared from the sky and it was only as they were entering the restaurant that Stan realised he was still wearing his old denim apron.
“Shall I take it off?” he pondered.
On the pro side I will look smarter on the con side I might spill some soup down my front.I wish I’d done more logic at college.So he kept it on.Mary didn’t seem to notice.She just took him for granted.
If he stood on his head and sang”Jerusalem” she probably wouldn’t pay any attention.
Then he noticed that Mary was wearing an apron too.It was the same colour as her dress.What a brilliant idea,he thought.”There may be money in this.” He could start a small business,”Aprons R You” selling lovely aprons in all colours of the rainbow.
Suddenly he heard noises;he awoke and heard Mary shouting “How can you go to sleep when you are out with me?”
“Would you prefer me to recite the Periodic Table?” he snapped gently.
“I’d prefer a poem,” she cried…
All right,Petal,I’ll think of one soon.In the meantime would you like a fool?”
“No.I’ve got you,” she responded handsomely.
“I mean for a pudding?”
“Oh,yes please.A Rubik fool would be lovely.It will pass the time.You know I get so bored.”
“Well,I do my best but it’s hard keeping up with you.Would you like to read a few truth tables whilst I finish my meat.”
He put his hand in his pocket and pulled out a small leather bound book.
“Truth tables and levitation for geniuses,” by Bertha Russell.
“Oh,Stan,this looks interesting.I’ve always wanted to fly like an angel or an owl.”
“It’s never too late to say ever.” he responded.”Whatever do you mean?”
“I don’t know.Just because a sentence is grammatically correct doesn’t imply that it means something.”
“Yes,quite right.And conversely a sentence can mean something even when it’s not grammatically correct.”
“Isn’t thinking exciting!”
“Yes,indeed.I was thinking how exciting it will be to go to bed with you.”
“Wow,good grammar and full of meaning.I am yours.I am like a ripe plum ready to drop off the tree.I am a cat ready to mate.I am a song waiting to be sung.”
“Gosh,are metaphors your bete noir?”
“Je ne parle pas Francais.

And so they trotted off happily to bed like two pigs in clover,as Shakespeare might have said when pissed.

He put his two hands round my throat
Not to strangle me,if so you thought
He was feeling my glands
With his surgeon trained hands
Before I would put on my coat

He looks very sharply and well
To see if there are signs that will tell
If I am anaemic
He won’t believe it
Unless my blood has only   white cells.