At some point pain degrades the soul, something that the Greek tragedians understood   It is against this tendency that civilization is erected as support against a nature (including perhaps our own nature) that was not made for the human being, and has not become more human. 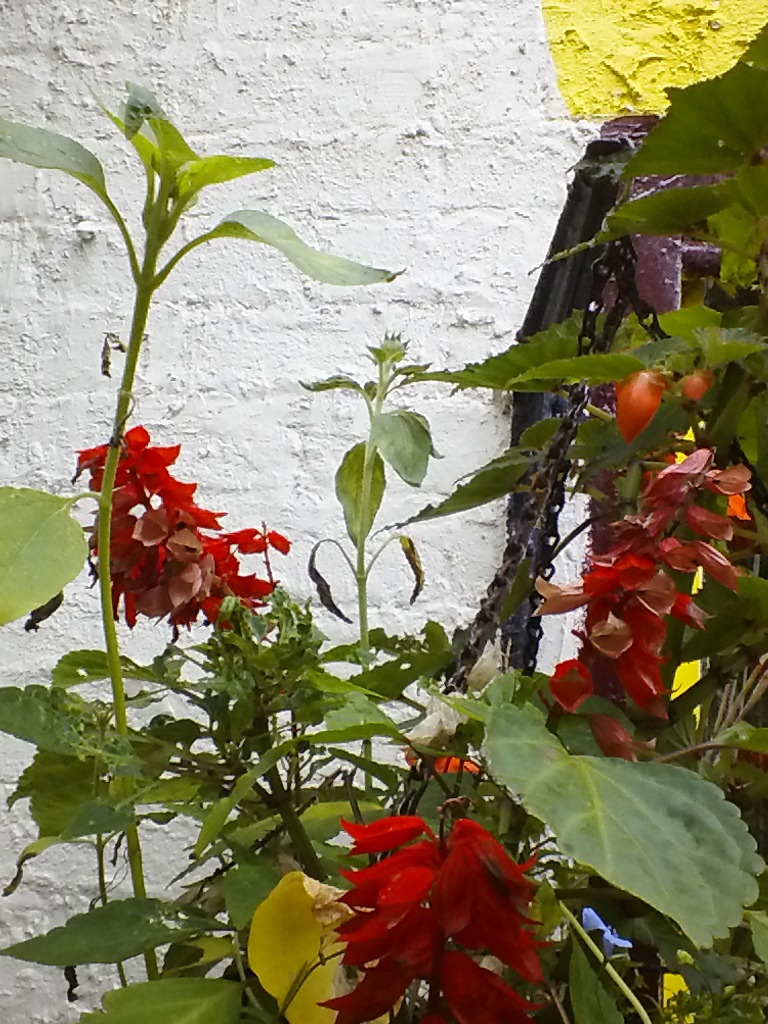 Oh,light bulb foreseen by our God

Save us all from darkness’ rod
You are our Saviour as foretold
In prophecy by ancients bold.
We will worship you at night
When sunken is the sun so bright.
We’ll watch TV and Kindle fire
No more to play shall we aspire.
We’ll wear ourselves out watching screens,
As from a can we eat baked beans
We’ll send for pizzas with our phones
With which we never feel alone.
We might talk to our partner dear
Though  texting is  much easier.
We see the neon street lights gleam
Where once we saw the moon’s cold beams
And in bed we read our books
With a kindle or a nook
We put beneath out pillows fair
I phones which we long to hear
Can one have too much new light?
From the iPhone some take flight
For gone are seasons, and their fruit
As our computer we reboot.
New potatoes all year round
Avocados once quite rare
Now are on sale everywhere.
Melons,grapes and fresh green peas
As the birds sing,life’s a breeze.
Oh light bulbs,fluorescent tubes
Electric candle, light is cubed.
We thank you for extended days
Maybe we’ll find time for prayers.
God is great in mystery
No light bulb can help us see.
In silence,darkness, meditate
Wonder what will be our fate.
As retribution for our wrong
Satan stabs us with his prongs
He needs no more light in hell
The fiery furnace cooks as well.

Immigration detainees whose coach caught fire as it took them to a deportation flight were handcuffed by escort staff before they were allowed to get off, in breach of Home Office rules, eight of the detainees have said.

In interviews with the Guardian, the detainees said that just minutes before the vehicle exploded and as fumes filled the cabin, one of the guards started handing out handcuffs to his colleagues.

After the cuffing process, which took several minutes, staff working for the Capita-owned security firm Tascor took the detainees off the bus, they said. They were instructed to stand about 40ft away on the M25 as the vehicle exploded.

Home Office rules say that restraint during transit could amount to degrading or inhuman treatment, in breach of the European convention on human rights, “unless risk is properly assessed and the use of restraints fully justified”.

The fire on the bus was widely reported last week, but the Guardian has learned that the passengers were a mix of refused asylum seekers and other migrants, being taken from Harmondsworth immigration removal centre for a flight to Pakistan.

There were 10 detainees onboard the coach. As well as the four quoted in this article, the Guardian was able to contact four others. Speaking by telephone in separate calls, all of them maintained that they had been handcuffed before they were allowed to leave the vehicle. The detainees said a security guard had stood at the entrance while they were restrained and the back of the vehicle was on fire.

“They were handcuffing the detainees instead of leading us to safety,” said Ali, one of the group. “I feared for the lives of all the people on board.”

With leaders who bring out our scorn
With high ambition in  the worst
I’d favour  those with egos shorn
Characters both cold and warm
But do we wonder if we’re cursed
When music and good art seem gone?
And what is bad and what is worse
Seem to puzzle everyone,
Defer  the clear  and love the terse.
And genius mourn

c Katrina Honigs
September 27, 2015
I met Alexander Grothendieck on January 2, 2012. As I made my way to
a car rental center in the outskirts of Toulouse that morning, with the sky still
dark, the displays on passing buses flashed between their numbers and “Bonne
Ann´ee”.
I was halfway into my third year of graduate school and had read a bit
of Alexander Grothendieck’s mathematical work and felt a sense of connection
with it. I found his writing to be generally very clear, and I liked his approach
to algebraic geometry. In my own career, I was at a point where I was not
only not making progress on solving any problems, but miserably unengaged by
my work. But despite the burnout, Grothendieck’s work remained an island of
enjoyment in an otherwise featureless sea. Grothendieck is unquestionably one
of the most influential mathematicians of the 20th century, and to a graduate
student all the way in California, his exit to live the life of a hermit, location
unknown somewhere in the Pyrenees of France or Andorra, rendered him a
practically mythical figure.
But I am driven to demystify – it is part of what motivates me to be a
mathematician – and when we tell ourselves and others that our heroes are
inhuman and on a pedestal that is not just high but unattainable, we are actually
pushing ourselves down rather than climbing. And so, following a decision to
attend a conference in France, some emails, a lesson driving with a manual
transmission, a session of studying maps, and a long conversation at the rental
car center made difficult by my limited French, that brisk but mild winter
morning found me driving through rural France, wildly hoping for a conversation
about mathematics, or that I might at least see that it was truly a real person
who did all the work with the name Grothendieck on it.
Lasserre is small and remote, but Grothendieck’s house is by no means the
isolated cabin in a dark forest that I had imagined when I first heard about
him. That area of the Pyrenees is lovely, and the drive through a rolling landscape
down lanes lined with sycamore trees featured views of fallow winter
fields and blue mountains swelling along the horizon that reminded me very
strongly of where I grew up in the foothills of the Appalachians. The town
is so small that the houses do not have numbers, which, judging by the dubious
looks and patient explanations that addresses really should have numbers
that French postal workers gave me when I handed them my letters addressed
to Grothendieck, is relatively uncommon. Since I didn’t know which house in
Lasserre was Grothendieck’s, I chose to park in a convenient small gravel lot. I
was faced with a very finite number of possible houses since Lasserre consists of
1
the intersection of a few roads, and figured I would find my way after knocking
on some doors and inquiring where I might find the person who proved the
representability of the Quot functor. However, it wasn’t necessary to make inquiries

My sister came when I was two years old
Born into a winter famed as cold
Her little face was full of  fun and joy
As we played with dolls and  small stuffed toys.

Dad lifted her and  held her to the sky
Eily ,allanah, I’ll love you till I die
All too soon the family was sad.
Mother was not Mother without Dad

We survive to love and live our very  best
If there is a heaven,we’ ll be blessed.

For Yakov with gratitude

The English language is so deep and very rich
Obscenity shows  your grasp of it is poor
Is that why you said I am a bitch?
Well, now I’m going to show you my front door

When Lady Chatterley was tried and won
No-one thought we drown in worlds like “Fuck”
But now politeness too has  been and gone
Our culture sinks into primeval muck.

Oh, can’t you learn by reading  our good books
Or watching Shakespeare on the TV screen
Seems all we care about is how we look
Whilst from our lips we let fall words obscene

There may be moments when we need to swear
But  little children should not have to hear.

Beware of drinking vessels! God does not stop us catching viruses from the Chalice nor the coffee cup