Love seems like a good idea to me
As I ramble down the unpaved lane
Love and letting go will make us free,

Would you lose a husband or a wife
In ways you might lose papers or a book?
Being lost  on purpose    steals  our life

Death may enter like a dangerous crook
Hiding in the shadows like a thief
When he’s gone, don’t give God dirty looks

Love has got its hazards;trees have leaves
Yet  missing on  love’s joy can harm our  soul
With a struggle love  can be retrieved

Will we pay   for love the asked for fee?
Or fall down in despair to a deep hole
Love seems like a good idea to me
Love and letting go will make us free,

He’s writing the definite book on skin.
Do people want to hear any more about Sin?
Any more? I’ve heard very little recently.The Word has vanished!
You read the wrong newspaper.
Can a newspaper be wrong in itself,intrinsically wrong?
Can a newspaper be a Sin?
Well,there’s one called the Sun!
Why don’t they just call it The big Sin and have done with it?
You should write to Rupert.
Who’s Rupert?
You know him,Murdoch!
Now Iris Murdoch,she was a right one.
Well,she certainly wrote a few!
A few too many,in my view.
Too many for whom?
My,you talk posh don’t you?
Should it be,you talk poshly?
Me!I’m as common as ,as ,as as,a]]as,..muck!
Do stop,you’ll fall down a crack in the pavement soon and then where will you be?
I’ll be in Australia with Rupert!
Suppose you came out in New Zealand?
Well,it would be a change.I’m tired of England.
You never mentioned it before.
I didn’t want to upset you.
Well,I’m not so keen myself.
You sound like a knife!
Do you mean,a wife?
No, a knife…with a blade.
Yes, it does look well made.
Shall we buy one?
But do we really need it?
Do we really need anything?
Get a move on,you’re not at college now you know.
Who’re you?
My name is Wisdom.
I’m so sorry.
Why are you sorry?

It’s hard to be called Wisdom when you are a complete idiot.
Well,better a complete idiot than a sharp-tongued wasp!
Do you mind!
Not at all.Better an idiot than a mutton dressed as lamb.
Are you a vegetarian?
I do eat the odd vegetables.
And who eats the even ones?
They all go to the supermarket.
So that’s how it works.You are so clever.
Well,I’m an economist.
I believe in economy for all.
I prefer comics myself.
No,they are called graphic novels now.
A bit like those Rupert books we had as children.
I wish Rupert Murdoch was called something else.
I’m sure he will be in tomorrow’s papers.
I mean,it defiles the memory of Rupert the teddy bear.
I learned to read from those.
A pity.
Why?
If you couldn’t read,think of all the other things you could do.
Like writing?
If you couldn’t read ,it would seem to follow that you couldn’t write.
Yet there are people who can read but not write?
Yes,it’s all to do with Venn diagrams and symmetry.
Venn is a weird name.
Yes,pity he wasn’t called Diagram.
I thought he was called,Venn Diagram.
All I know is that diaphragms were a form of birth control.
I was puzzled by that because we all have diaphragms, yet some of us have no control of any kind.
If your diaphragm doesn’t move you can’t breathe so you can’t procreate.
No,you’d be dead!
A very strange form of birth control.
Maybe you just faint and you husband can have his way with you.
But would you want sex with someone unconscious?
It’s another case of a-symmetry.. a man can have relations with a faint woman but if the man faints that’s the end of it.
How about carrots?
What for?
Can they faint?
No,but they make a nice flan.
Fancy that!
I do fancy it actually.
What is it?
It’s a big carrot!
How superb.It seems a shame to eat it.
Well, would like to worship it?
Not today.
Well,it won’t last forever.
In that case ,I’ll stick with God:
I’ll stick with Thee
Fast falls the chill of night
Send me an angel,I need something bright.
I have no fear,with Thee I’ll be alright.
Why not give in and have electric lights.
You are very odd.
Well,it makes a change…
Not with you,you’ve always been odd.
So,in a way I’m not odd.
You are right!
Odd.,is’t it?
And yet even simultaneously.
It seems almost like quantum theory.
Those were the days.
From Schoenberg to Schrodinger: cats for all.
Enberg to Dinger.
You could call the cat Dinger.
What a good idea.

Come friendly bombs and fall on Slough!
It isn’t fit for humans now,
There isn’t grass to graze a cow.
Swarm over, Death!

Mess up the mess they call a town
A house for ninety-seven down
And once a week a half a crown
For twenty years.

And get that man with double chin
Who’ll always cheat and always win,
Who washes his repulsive skin
In women’s tears:

And smash his desk of polished oak
And smash his hands so used to stroke
And stop his boring dirty joke
And make him yell.

But spare the bald young clerks who add
The profits of the stinking cad;
It’s not their fault that they are mad,
They’ve tasted Hell.

And talk of sport and makes of cars
In various bogus-Tudor bars
And daren’t look up and see the stars
But belch instead.

In labour-saving homes, with care
Their wives frizz out peroxide hair
And dry it in synthetic air
And paint their nails.

Come, friendly bombs and fall on Slough
To get it ready for the plough.
The cabbages are coming now;
The earth exhales.

Like Loading...
When Moses climbed the mountain And he got to the top,
God was waiting for him,
He didn’t say alot.
He said, Take my commandments
They are  this stone.
I have only fifty,
Or was it fifty one?
Moses was very worried
~about the human race.
Fifty-one commandments
Would meet with strong distaste.
So he told God his troubles
And God thought long and hard.
He came back with the commandments
Written on a card.
How many have you got there?
Moses politely said
I’ve got it down to ten, said God.
His eyes were very red.
So Moses took the postcard
And put it on his pad.
He said I’d better get back down.
Oh, and thank you Dad!
When Moses got to earth
He called his people near.
He produced his i Pad.
Look what I’ve got here!
I saw God on the mountain.
He gave me a few rules.
They’re easy to remember.
We are not moral fools.
How many of these rules
Has God given to you?
I got it down to ten.
Let’s see how we can do.
Ten is far too many,
Some of the people cried.
We don’t want these rules.
We hate to feel we’re tied.
But all games have their rules.
They’re what define the game.
If we had utter chaos
This loss would be a shame.
As pictures have their frames,
And lessons have strict times.
We need some good constructions,
Like poems need their rhymes.
So all his people heard him.
And they agreed to try.
They lived as best they could
Until they came to die.
But one part of this story
We will never know–
What were all those commandments
That Moses did not show?
And why did God give in
To Moses’ bargain plea?
Do not ask for Moses,
For Moses name is “ME”.

The possibility of suffering being redeemed by art, being made meaningful and thus real (as opposed to merely actual, something that happens to exist, happens to occur), is still vital to me. Art reminds us of the uniqueness, particularity, and intrinsic value of things, including ourselves. I sometimes have little sense of myself as existing in the world in any significant way outside of my poetry. That’s where my real life is, the only life that’s actually mine. So there’s also the wish to rescue myself from my own quotidian existence, which is me but is at the same time not me at all. I am its, but it’s not mine. For most of us most of the time, life is a succession of empty moments. You’re born, you go through

The possibility of suffering being redeemed by art, being made meaningful and thus real (as opposed to merely actual, something that happens to exist, happens to occur), is still vital to me. Art reminds us of the uniqueness, particularity, and intrinsic value of things, including ourselves. I sometimes have little sense of myself as existing in the world in any significant way outside of my poetry. That’s where my real life is, the only life that’s actually mine. So there’s also the wish to rescue myself from my own quotidian existence, which is me but is at the same time not me at all. I am its, but it’s not mine. For most of us most of the time, life is a succession of empty moments. You’re born, you go through x experiences, you die, and then you’re gone. No one always burns with Pater’s hard, gem-like flame. There’s a certain emptiness to existence that I look to poetry, my own poetry and the poetry of others, to fulfill or transcend. I have a strong sense of things going out of existence at every second, fading away at the very moment of their coming into bloom: in the midst of life we are in death, as the Book of Common Prayer puts it.

Jennifer Haupt: Why do you write poems, and why would anyone want to write a poem? 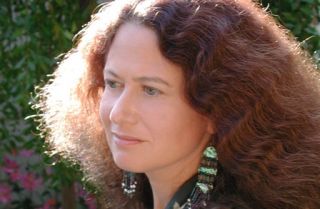 One reason to write a poem is to flush from the deep thickets of the self some thought, feeling, comprehension, question, music, you didn’t know was in you, or in the world. Other forms of writing—scientific papers, political analysis, most journalism—attempt to capture and comprehend something known. Poetry is a release of something previously unknown into the visible. You write to invite that, to make of yourself a gathering of the unexpected and, with luck, of the unexpectable.Poetry magnetizes both depth and the possible. It offers widening of aperture and increase of reach. We live so often in a damped-down condition, obscured from ourselves and others. The sequesters are social—convention, politeness—and personal: timidity, self-fear or self-blindness, fatigue. To step into a poem is to agree to risk. Writing takes down all protections, to see what steps forward. Poetry is a trick of language-legerdemain, in which the writer is both magician and audience. You reach your hand into the hat and surprise yourself with rabbit or memory, with odd verb or slant rhyme or the flashing scarf of an image. This is true for discovering some newness of the emotions, and also true of ideas. Poems foment revolutions of being. Whatever the old order was, a poem will change it.

When young people ask writing advice, I sometimes say, “Open the window a few inches more than is comfortable.” As with all offered advice, the words are tuned first to my own ear and own life.