Mary had made a Christmas cake with marzipan but no white icing.Stan was diabetic so she had opted for a middle way.Like some Zen Buddhists.You don’t either cut it completely nor have a 6-inch layer of icing.No, you find a middle way.Like 5 inches of icing!
Mary like almonds so she went for marzipan with her home ground almonds and some sugar.The raw egg part was worrying but so far nobody had died after eating her cake.qq
Annie arrived for a cup of coffee.
Wow, that cake is large.You will get fat if you eat it
I am not planning to eat it all myself, Mary said merrily.
In fact, if I could find a way of cutting an infinitesimally small piece I could have on every day forever.
Would the cake not shrink ?asked Annie with a puzzled smile
No, because a real number times an infinitesimal is itself infinitesimal Mary answered.
So it must be zero, Annie decided.
No , said Mary.All of the calculus is based on the idea that they are not zero.Then, at the end, we pretend they are zero and cross them out.It’s like magic or sleight of hand
I thought maths was logic, Annie said in an angry voice, tossing her purple hair over her shoulder.Alas it was a wig so it fell off and Emile bit it!
Gosh, Annie why are you wearing a wig? Mary asked.
I am involved with a Jewish man so he won’t make love unless I wear a wig.
Surely if he is Orthodox he should not sleep with you unless you get married.
We can’t get married, Annie said boldly.
Why not?
He is already married….Annie muttered
Well, that seems wrong.
What, being married?
No having an affair.I know Stan is old.Can’t you find a single man?
Women can’t go running after men.Men enjoy the chase.They despise women who run after them.
Well, can’t you ask them if they are married?
No, it seems too cheeky, Annie smiledAnyway in fuzzy logic you are not either married or single.You are married to the extent of some decimal number in between 0 and 1
Some folk are 0.999 married and some are 0.34 married.
But who measures it? God? It’s not much use.
You have to guess , said Annie.I like Jewish men
How many do you know, Mary asked.
Three said Annie triumphantly.
You can’t generalize from three, Mary said.
If I test a larger sample I shall never get to find one till I am 99, Annie wept.
Think of the fun, though, Mary said teasingly.And you’d have to travel a lot as many live in the USA, France and other places including Israel.How do you fancy Bibi Netanyahu?
Annie was silent, then burst out: life is not science nor technology.It’s an art like watercolor painting.Why do you call him Bibi? Do you know him?
Not biblically, Mary said humorously.I’ve never even met him.He’s just been in the News because of Trumpelstiltschein
Does Bibi know Donald is half German?
No, but the Queen is too.More than half,maybe.
Where does that take us logically?
Off to Boots to buy some expensive makeup and then to have a manicure and tea in a cafe
If only politicians did this life would be much easier and kinder/
And so say all of us! 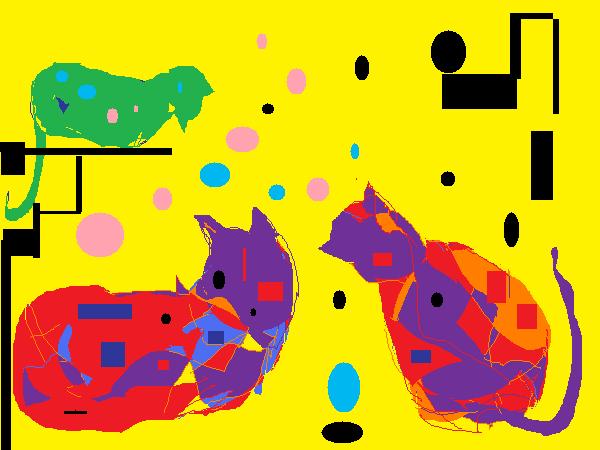