If you want to wear the same clothes all year round
Corduroy is best, so I have found
A skirt of olive green  with a bralet
Will take you through the summer ever hot
And worn with wool in winter it suits all
Underneath a duffel coat and shawl
Similarly trousers  of fine cord
Are in season, thank you, praise the Lord
So what you wear on your top half  is key
But don’t go nude and blame it all on me!
Especially if you go commando too
What will all  the knicker makers do?

I love the rich variety of folk
I see when I go out for daily walks
The British lassies show their midriffs bare
Arabs saunter in their desert wear.

The Hasidim come up from N16
They go in TKMaxx and faces beam.
The Doctor who repaired my sickly nose
In the heat of Athens was well raised.

And many other people are discreet
Although through their big phones they sweetly speak
I bet they’re saying London’s really  fine
The shops sell everything apart from swine!

O peoples of the world I like to see,
That you are different yet the same as me

I hope the Jews of Europe will not leave
As already of their kind we’ve been bereaved
Since I’ve read their Bible   ardently
I hope to hear that still, small voice in me.

Shakespeare and the Bible are  our greats
True literature for any appetite.
Non -believers can enjoy the psalms
At 4 am calm nightmarish alarms.

Or see the myths and metaphors  designed
To share the parables of  greater minds
We do have ancient Greeks who also taught.
The Hebrew Bible’s longer, dense and taut.

Is poetry  just a form we fill with words
Or is it something deeper or absurd?
Hitler might have written villanelles
With words uttered by demons out of hell.

Demons are not real, it’s we who are
And hell is here on earth, I sadly say.
Heaven too  is found where love can grow
When it is not for grasping or for show,

What can make a man engage such power;
He took Europe through its worst years ever.
Men and women ran like robots steel;
Were made machines without  the will to feel.

The forms of  poetry may be  divine
But evil can parade through any lines.

How to make your wardrobe transit months
Of heat and rain and cold felt all at once.
Underneath a frock, wear leggings gay
Remove them when the sun comes put to play.
Try a camisole of radiant hue
If it shows, well all the better too.
Bring out that old cardigan  of wool;
Not red in case you pass a Papal bull.
Try a long one down to ankles blue
It will gain attention, no taboo.
Or how about a hat like mother wore?
A hot head helps to warm the central core.
A   pair of thermal underpants will warm
The parts that no one ever wants to name
So layer by layer, we build that summer dress
Into a wardrobe only folk like us access.
But if you want the men to stick to you
Wear some trainers  and a little glue.

First, the glass of my new watch had cracked
Then my credit card had disappeared.
This caused me an alarm like a great smack
And home I came. before new devils leered.

Inside the wallet ,where I keep some notes,
This credit card had found a peaceful rest
My pen though dry decided it would write
Though what I write is nowhere near my best

I wonder if I need a watch at all.
The mobile phone is accurate and clear.
Yet watches have significance past call.
And this one is to my heart rather dear.

On a day when sensing vertigo,
Stay at home, put polish on your toes!

“Arguably, it may be the refusal to create one’s art that causes distress in the first place. John Keats, a licensed apothecary, as was Dante, trained unhappily as a doctor and experienced depression accordingly: his brother feared that if John didn’t become a poet he would kill himself. An unanswered calling can take its revenge, and Gwyneth Lewis’s memoir of depression, Sunbathing in the Rain, notes that it was her resistance to writing poetry that made her ill: “If you don’t do what your poetry wants you to, it will be out to get you. Unwritten poems are a force to be feared.””

I doubt if everyone is like Gwyneth Lewis but I agree unused capacity can make people ill.That’s why Evening Classes were so beneficial to ordinary people with a desire to learn.Very few are left now thanks to Mrs Thatcher.

Thanks for phoning.I have a nasty cough and can’t talk.
You have reached Katherine.Please leave a comment.
I am a poet and don’t I know it!
Thanks for asking me out.I have a box of dates right here.
No, I am not getting married again, even to you, my angel.
I can’t answer the phone as it never speaks
Unless you are Leonard Cohen please hang up now.
This is a robotic answering machine.I don’t take messages kindly.Please leave the kiosk as you found it
Yes,I did have a nice day and that is why I’m not ruining it by answering the phone.Ta ta.

It is not enough to forget her. You have also to forget that you forgot her!

Tawfīq al-Ḥakīm (1898-1987) – An Egyptian writer & playwright. Born to an Egyptian father and a Turkish mother, he had an insight into the lives of both the Egyptian peasants and Turkish elite. He contributed to evolution of a distinctly Arab Egyptian drama. In addition to his plays, he is best known for his 1933 novel ʿAwdat al-Rūḥ [Return of the Spirit]; a light-hearted depiction of the 1919 revolution from the point of view of an Egyptian teen. (via arabicquotes)

“France’s 475,000 Jews represent less than 1 percent of the country’s population. Yet last year, according to the French Interior Ministry, 51 percent of all racist attacks targeted Jews. The statistics in other countries, including Great Britain, are similarly dismal. In 2014, Jews in Europe were murdered, raped, beaten, stalked, chased, harassed, spat on, and insulted for being Jewish. Sale Juif—“dirty Jew”—rang in the streets, as did “Death to the Jews,” and “Jews to the gas.””

Praise to you, No-man.
For love of you
we will flower.
Moving
towards you.

A Nothing
we were, we are, we shall
be still, flowering:
the Nothing-, the
No-man’s-rose.

With
our Pistil soul-bright,
our Stamen heaven-torn,
our Corolla red
with the Violet-Word that we sang
over, O over
the thorn.

In Paris, he taught German language and literature at L’École Normale Supérieure and earned a significant portion of his income as a translator, translating a wide range of work, from Robert Frost, Marianne Moore, and Emily Dickinson to Arthur Rimbaud, Antonin Artaud, and Charles Baudelaire. His own work as been translated into English numerous times and by several noted poets and translators including Michael Hamburger, Rosmarie Waldrop, Heather McHugh, John Felstiner, and Pierre Joris.

Though he lived in France and was influenced by the French surrealists, he wrote his own poetry in German. His first collection of poems, Sand from the Urns, was published in Vienna in 1948; his second collection, Poppy and Memory (Mohn und Gedaechtnis, 1952), brought him critical acclaim. Katherine Washburn, his translator, noted in her introduction to Last Poems (1986): “The title of this book [Poppy and Memory] pointed with a fine vividness to the central predicament of Celan’s poetry—the unstable and dangerous union between Paul Celan, caught early in that sensual music of the Surrealists, pure poet of the intoxicating line, and Paul Ancel, heir and hostage to the most lacerating of human memories.”

While Celan is perhaps best known for his poem “Death Fugue” (or “Todesfuge”), it is not necessarily representative of his later work. Reviewing the 1981 publication Paul Celan: Poems in the New York Times, Rika Lesser said the poem’s “richly sonic, dactylic lines (spoken by the inmates of a camp), while typical of Celan’s mastery of form, content, texture and sound, are hardly indicative of the direction his composition would later take.” As his career continued, Celan worked to “purge his poems of readymade contexts – whether historical, traditional or explicitly religious. The late poems still abound in allusions – private, hermeneutic, esoteric – but increasingly each poem becomes and creates its own context and the context within which Celan’s other poems must be read.”

This transformation has much to do with the language in which Celan wrote. As Shoshana Olidort notes in her Chicago Tribune review of Breathturn Into Timestead: Collected Later Poetry of Paul Celan (trans. by Pierre Joris and published by FSG, 2014), Celan was “a Holocaust survivor, [who] wrote in German, his mother tongue and also the language of his mother’s murderers … As a German-speaking Jewish survivor living in France, Celan harbored feelings of intense estrangement from the language and thus set about creating his own language through what Joris eloquently describes as a “dismantling and rewelding” of German. The result, Olidort writes, “is arguably even darker than his earlier poems with their direct references to the Shoah. For Celan, darkness is not willed obscurity, rather, the poem comes out of lived experience and is “born dark.”

Shame is pain for being who you are.
Guilt is pain for what you have done
So shame is much worse
If you wanted to be someone.

No-one seems to love me.
I shrink from humankind.
I lie like a hunted fox or beast
In the hedgerows of my mind.

How can shame be changed?
How can shame disappear?
Only when we live with the shame
With acceptance and without fear 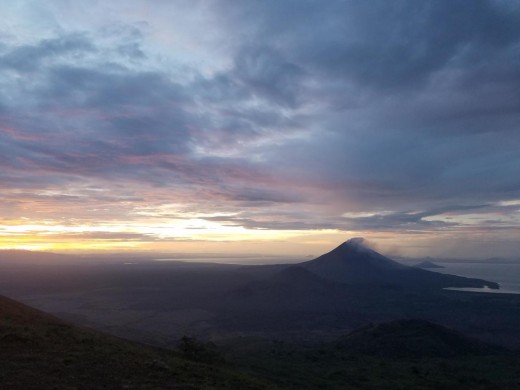 You seem so tired, shall I put out the trash?
I’ll make the dinner and think of what you told
Tease me with your smile and with your laugh

To study you ,I need a new Compass
I need a map that we can both unfold
Confuse me with your smile and with your laugh

At least in bed, you never seem too cold
As in my arms your body I enfold
Unleash me with your smile and with your laugh
So then we will make love and rage shall pass

We know most politicians tell  their lies
They play their cards and I don’t mean their SIMs
They’d bombed Pearl Harbour, why they were surprised?

Their foolish entry into global sin
Had reasons which were noticeably slim
Recall Japan in 1945
They’d bombed Pearl Harbour how could they survive?

On and on in speech we let it flow,
Or, by a reporter, we are caught
Hitting human hearts like leaded snow

Some use their words mainly as a show
Meaning nothing, harming those untaught
Words have far more power than we know

When we speak there is an undertow
Like a turning tide, well out of sight,
Hitting human hearts like leaded snow

Oh, where is there a place with better light?
We do not intend to pick a fight
Words have far more power than we know
Wounding hearts, as rapidly they flow

The sky  is stark, the air is cool and still
The black cat’s  run, the birds unfold all day
I sit  down here and with my totty pray
Ye cast o’ foolish thoughts, you raped my will.
We’ve  each enraged the bureaucratic mill.
Oh frigid purse, I never meant to pay!
The sky ‘s  a’spark, the air is warm and shrill
The saturnine demoted  knelled their way
With this feathered pounce, my sample quill,
I  cite the cheque and date it for next May.
Oh, tit for cat, the Tiger’s bed ‘s astray.
Yer  life is settled by  a  harlot’s will
The sky ‘s a shark, the air is sharper still.